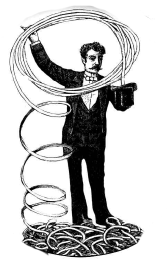 One of the most common questions from aspiring magicians is, “How do you develop an act?” I regret that there is no clear-cut formula that I can offer. It is mostly a matter of committing to a project. Creativity is a matter of developing a spirit of adventure in play.

Contrary to the popular belief, great ideas rarely appear all at once, complete in every detail. Rather, it is a process. Even Leonardo da Vinci discarded many sketches and ideas before he discovered the crystallized version of the Mona Lisa that we know.

I believe that every one has the potential to be creative. I don’t think it’s a matter of something you have or don’t have. I believe it is a muscle that you use or don’t use.

It used to bother me because I felt that I was not as good as the people I admired most. Then, I realized that I was an individual, with my own unique potential and my own strengths and weaknesses. My heroes are such because they are like no one else, in the same way that no one is like me … or you. Discover what you are best at, and concentrate on that.

Don’t imitate your heroes, emulate them. In developing new routines, you have the opportunity to dig down deep and draw on your own unique experiences and frame of reference, which can never be duplicated by anyone in the world. I’ve heard it said that the most interesting singing voices are those closest to the singer’s natural speaking voice, unique and unaffected by trends or convention. It is all well and fine to be influenced by those you admire, but at some point you must develop your own voice.

Ironically, the thought that we might not be creative is the very thing that blocks us from being creative. You must cultivate the courage to try, to risk failure and to realize the consequence of any small failure in the context of an entire life or career.

This same fear accounts for much of the stealing in the world of magic. Stealing someone else’s ideas is a form of fear. In stealing, the thief is denying his own self worth. He is giving in to the idea that he has nothing to offer. He has given up on himself.

It’s pretty difficult to get anywhere if you don’t know where you are going. You will need a roadmap. Deciding what you want may be your biggest chore. Clearly defined effects are much more difficult than methods. You might find it helps to start with a general effect or premise, then list all the things associated with it. Study any pertinent material and take notes. Be specific. Don’t just think, “I want something great that everyone will like and think is amazing. “ Pick a concept or scenario, then run with it. Each situation will present it’s own unique possibilities.

Now with all your collected information, make a list of ideas. If you set a goal of crating 20 ideas with your premise, write those down, then, just when you think you can’t think of another single idea, try thinking of not just one more, but ten. You will surprise yourself at how resourceful you can be if you discipline yourself to push harder. Good ideas are rarely the first that comes to mind. Sometimes they are the 38th idea, or even the 138th. Try different combinations and ask “What if?” without limiting yourself in any way. It doesn’t have to be practical at this point; you are just trying to get the ball rolling.

If, for instance, you wish to make a bouquet of flowers bloom, make a list of things associated with flowers. This might included bees, flower pots, seeds, water can, and so on. Now think of a location in which this effect might take place. If the location is a park on a spring day, other objects, such as a park bench, a newspaper, or a child’s ball, all hold the possibility of magical influence and integration into your routine. Gather some of these props before you.

Now, start to play. If you are totally unlimited by method and practicality, what sort of magical things would happen?

Think of the journey in hundreds of small steps instead of one giant leap. Break things down to a few small, attainable goals. A sketch, a list of materials, or a trip to the hardware store can take the idea out of your head and set it before you in a form you can play with, molding it into your vision. Start with shopping for materials. Get everything in front of you where you can play with it. Don’t worry about beauty, just get a working model. Most everything I do started with hot glue and duct tape.

Expect to make lots of small alterations to your original concept. A small prototype made of cardboard and glue, or gimmick fashioned from wire makes changes easier to implement. You want a three-dimensional model that you can play with, enhancing further visualization. Simple prototypes may not be pretty, but you shouldn’t waste time on unnecessary minutiae such as precise measurements and perfect appearance. Quite often, you may have to cannibalize an existing prop, tearing it apart to make a new one. We often feel an unreasonable reverence for props and are reluctant to desecrate them. But creation often comes from destruction. By destroying older ideas and props, we make space for brand new ones.

I find it helpful to have a deadline. I can procrastinate forever, but as soon as an obligation is breathing down my neck, I find the energy to get things done. It shouldn’t be a deadline that you can’t meet. Instead of an audition for a Vegas showroom in a month, try a five-minute spot at a coffee house, a party, a church, or office party. Do it as many times as you can, with or without money. Experience is the key. I can an show you how to swim, the basic techniques of moving your arms and legs, but until you jump in, you’ll never be a swimmer. If you practice in the shallow end of the pool, you’ll gain confidence and eventually move to the deep end, then a lake, and next, the ocean.

Now, are you performing as yourself, or as a character? If you wish to perform as a character, you must realize that funny voice does not a character make. A compelling, interesting character has a world view influencing everything he does on stage, from the choice of material, to the attitudes and behavior you will exhibit. This will result in distinguishable traits that your audience will latch onto in an attempt to understand you and your motivations. You may wish to draw up a history for your character, including where he was born, how he was raised along with some interesting events in his life. You may not use these facts in your act, but they will serve as subtext to subtly influence the entire character and make your acting “choices” more motivated.

When are you finished? Never! No matter how many years you may perform the routine, there will still occasionally be something that will take you by surprise. With these things noted and performance provision made, your act will improve. There is no short cut. Throughout, remember that the end goal is fun: the fun you will have developing your own ideas, as well as the fun your audiences will have when they see smart, thoughtful magic.

What are you waiting for? Get started!

No part may be reproduced without expressed permission from the author. 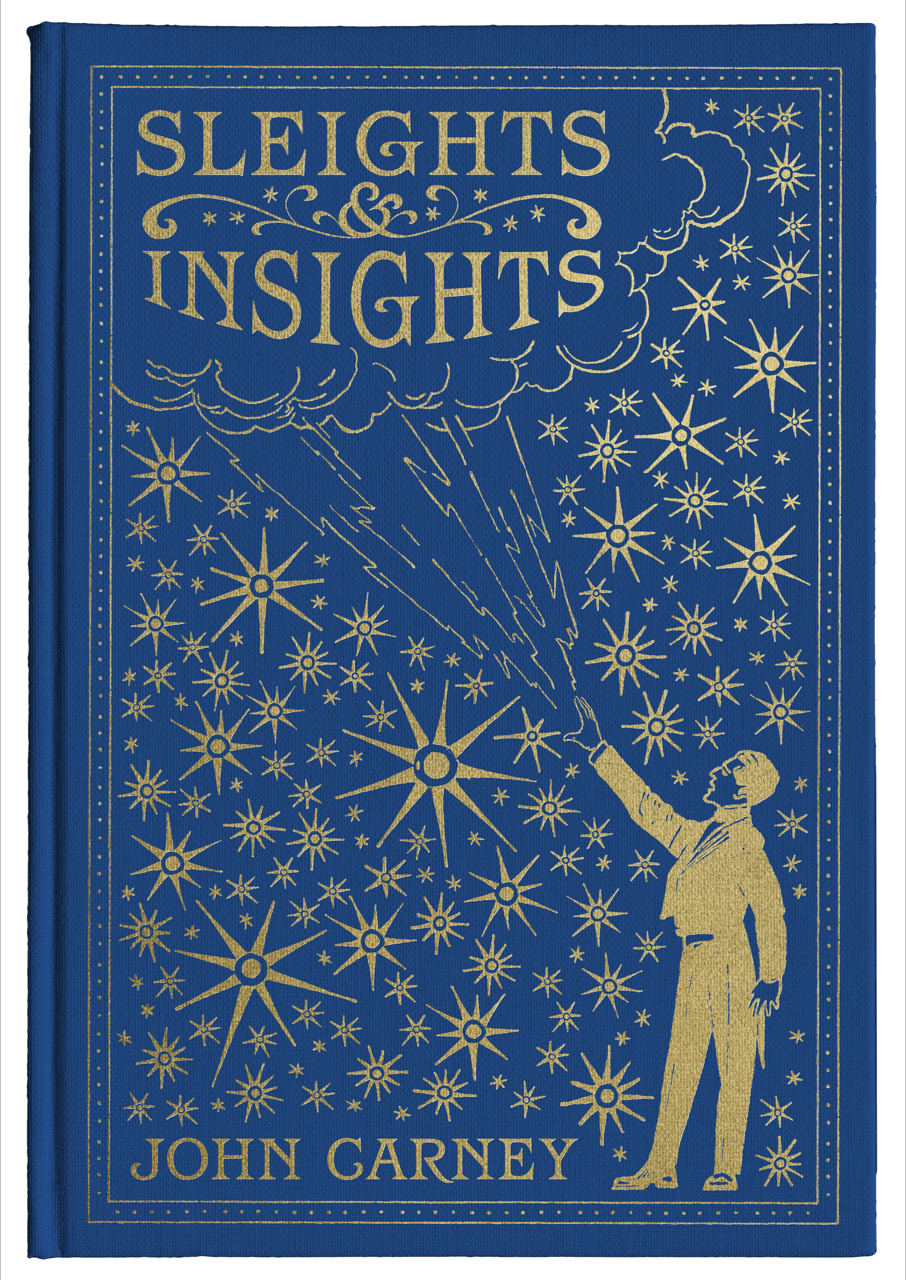 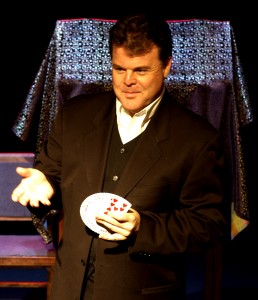 Be notified of
Workshops and Seminars